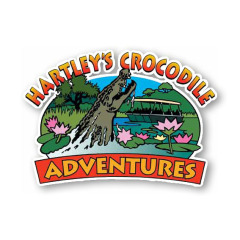 Hartley’s was the first place in Australia to breed crocs in captivity and is simply the best place to see crocodiles and local wildlife in Tropical North Queensland. Featuring over 2100 metres of timber boardwalks and pathways leading you on a journey of discovery through woodlands and rainforest. View beautiful tropical birds, reptiles, insects and other native fauna.Take a boat cruise on Hartley’s Lagoon to see crocodiles and learn about sustainable use and conservation on our Crocodile Farm tour. 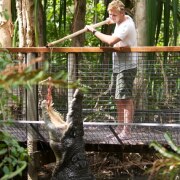 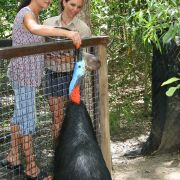 Hartley's Crocodile Adventures provides an innovative approach to viewing and interacting with wildlife.  Hartleys is famous for its exciting and educational wildlife presentations including crocodile shows, wetland wildlife, snake show, cassowary feeding and koala feeding.  Situated on the coast within a range of habitat types including melaleuca wetlands, riverine rainforest and eucalypt woodland...more info